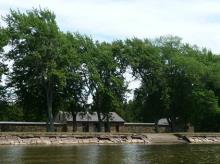 SAAWA wants to see real change happen in Saint Albans Bay.
Join your neighbors to take action. Support weed harvesting
and algae remediation in the Bay and better land use practices.
Please support
the Harvester Fund
Through private donations and municipal grants from the City and Town of St. Albans, and the Town of Georgia, SAAWA is able to operate two harvesters on St. Albans Bay beginning in July, usually around the 15th. We have restored both large and small harvesters and continue to maintain and operate them to reduce weeds in St. Albans Bay.
2018 brought greater than anticipated maintenance costs so we will be soliciting donations from individuals, particularly near the shoreline, to help replace those funds and keep the harvesters running. If you are able to help with this campaign, either by donating or soliciting your neighbors, please email us.
Many thanks to all who continue to renew their membership, make donations and contribute to the Harvester fund. Your contributions make it possible to continue to work of cleaning up the lake and keep excess weeds under control.

The  St. Albans Area Watershed Association is a non-profit corporation with tax exempt status under IRS section 501(c)(3) TIN 41-2196343.   All Donations are Tax Deductible.
SAAWA Board Meetings
are scheduled twice monthly
on Wednesdays at 5:30 pm
Email for location.
Next meeting:
SAAWA Board
TBA
Your participation is welcome! 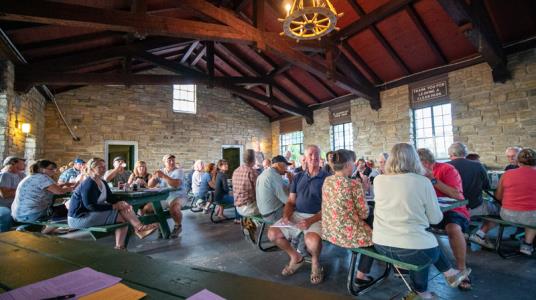 Get yours today!
Restore the Bay
5K Tees Still Available
We have a limited number of Restore the Bay performance tees in adult, womens and youth sizes from the 5K!
They are cool, comfortable and highly visible. Wear with pride while spreading the message that you care about St. Albans Bay! They make great gifts as well.
New member special:
$25
includes shirt AND
2019 Family membership.
Currrent members:
$10
Current 2019 members
may purchase shirts at the
reduced price of $10/each.
Please email us
if you would like
to purchase a shirt.